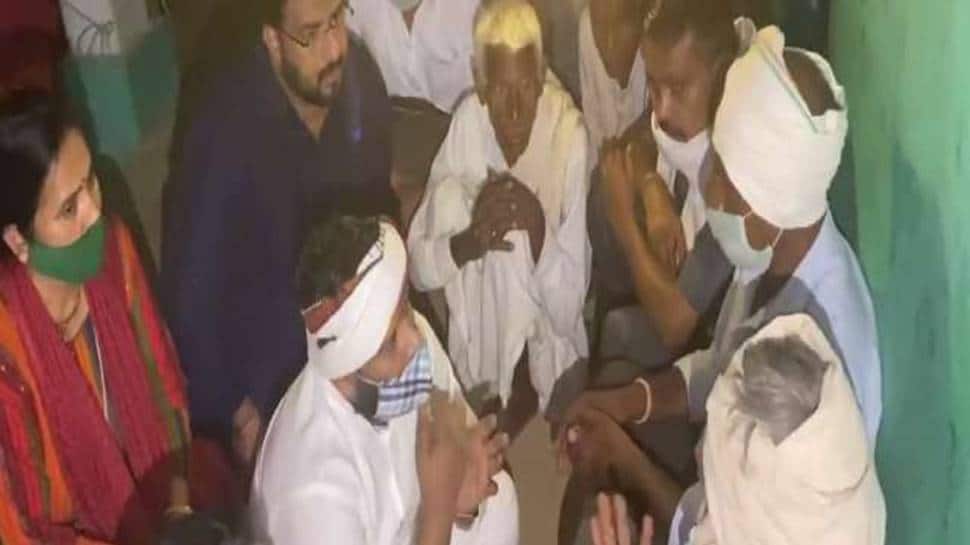 New Delhi: The Hathras Superintendent of Police (SP) on Wednesday (October 7, 2020) said that a case has been registered against Delhi Aam Aadmi Party (AAP) MLA Kuldeep Kumar for having met the Hathras victim`s family on October 4.

The case has been registered under the Epidemic Act. The AAP MLA from Delhi`s Kondli constituency was found to be in violation after he made a visit to the Hathras gang-rape victim’s house on October 4, 2020 though he had tested positive for COVID-19 on September 29.

Kumar had announced on Twitter that “due to my mild fever for the last two days, today I got COVID-19 test done, the report of which has come out to be positive, due to which I will be at home in isolation. Whoever has met me in the last 2-3 days should also get his test done”.

He went to meet the victim`s family six days after testing positive, though it is not known whether he has tested negative for COVID-19.

It is to be noted that several political leaders went to meet the alleged rape victim’s family after the Uttar Pradesh government lifted restrictions over the visit of the politicians. A delegation from Samajwadi Party, Rashtriya Lok Dal (RLD) vice-president Jayant Chaudhary and Bhim Army chief Chandrashekar Azaad also met the victim’s family and assured them of all possible help in order to get justice.

Meanwhile, following the directions of Uttar Pradesh Chief Minister Yogi Adityanath, the time given to the Special Investigation Team (SIT) to submit their report on the Hathras incident to the CM has been extended by 10 days, said a government official.

A 19-year-old woman died at Delhi`s Safdarjung hospital on September 29 a week after she was allegedly gang-raped by four boys from her village in Hathras.

All four accused have been arrested.

Union Budget 2021: Here’s all about relevant changes introduced for salaried...