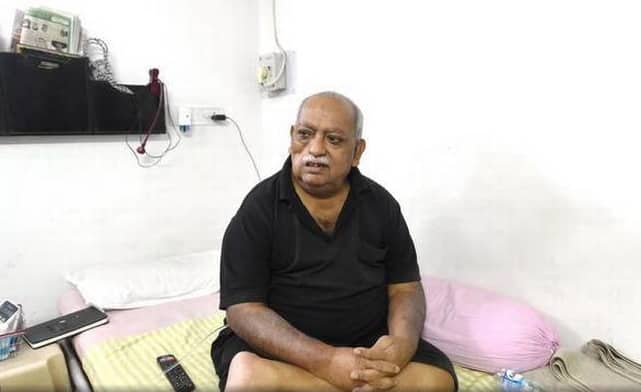 Lucknow: Urdu poet Munawwar Rana said that people either did not understand or misinterpret what I said on the recent incident in France. He clarified that statement is not controversial rather it can be good or bad.

He, however, did not mince words in flaying Asaduddin Owaisi of All India Majlis-e-Ittehadul Muslimeen (AIMIM). The poet told Zee News that he did not like Owaisi since the beginning, his father was the same as Owaisi is now. His brother speaks from Hyderabad and is hated more by Muslims than Hindus.

His brother makes a statement that in fifteen minutes they will fix India while being surrounded by Muslims. These people always try to misguide Muslims, rued the Urdu poet.

Owaisi champions the cause of Muslims but helps BJP on 22 seats (in Bihar Assembly polls). There are 11 seats where RJD and Congress lost by a thin margin because of the AIMIM, he added.

Taking potshots at Owaisi, Rana told Zee News that the AIMIM chief is a broker because he works as the BJP’s “B team”. He comes from Hyderabad and creates animosity here. Does he not understand that that the BJP will win because of him?. He virtually abuses PM Modi but indirectly helps the BJP. Now, he will come to Uttar Pradesh and also go to West Bengal.

He further said that Owaisi is aware of the fact that because of him, the BJP is getting benefits. “His father had nothing but they are now worth Rs 15,000 crores. They played a key role in the defeat of Mahagathbandhan, and the same strategy they adopt in the upcoming West Bengal Assembly election,” said Munawwar Rana.

“Owaisi will go everywhere to help BJP win, thereby facilitating the exercise of creating a Hindu nation,” said Munawwar Rana, adding that people in this country now want it to make a Hindu nation.

Quick check: Spices in your kitchen that act as good immunity...