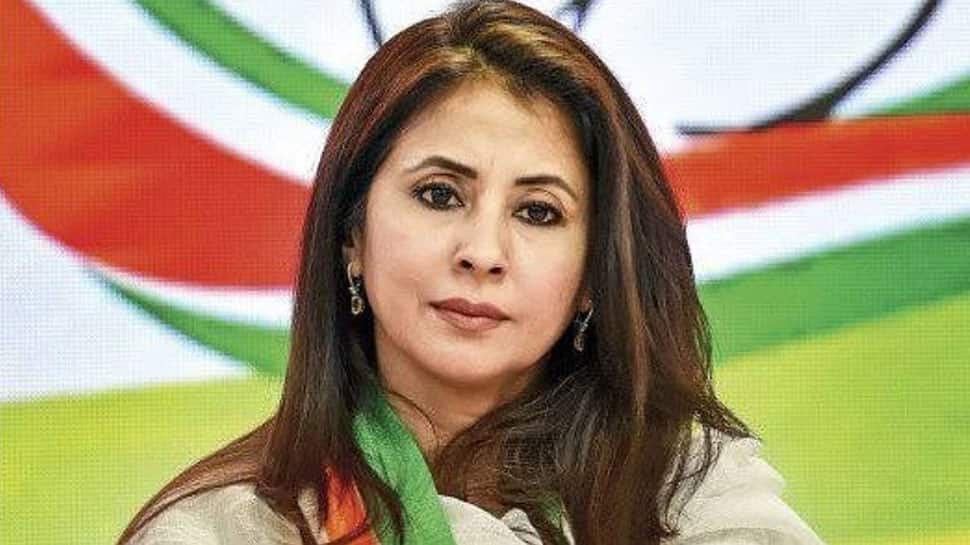 Mumbai: Though suspense continues over Bollywood actor Urmila Mantodkar’s next political move, reports coming from Mumbai suggest that the actor-turned-politician is all set to join Uddhav Thackeray-led Shiv Sena on Tuesday.

Throwing indications in this regard, Shiv Sena Rajya Sabha MP and chief spokesperson Sanjay Raut had on Monday said that the Bollywood actor will join the Shiv Sena on December 1.

“She (Urmila Matondkar) may join Shiv Sena tomorrow. She is a Shiv Sainik. We are happy that she is joining the Shiv Sena. This will strengthen the party’s ‘Mahila Aghadi’,” Raut said.

Matondkar is likely to join the Shiv Sena in the presence of party president and Maharashtra Chief Minister Uddhav Thackeray and State Minister Aaditya Thackeray. After her formal induction into the party, she will be holding a press conference at 4 PM to announce her future plans.

Sources close to the party said that Matondkar’s name, along with 11 others, has been forwarded to Maharashtra Governor Bhagat Singh Koshyari by the Shiv Sena-led Maharashtra government for nomination to the Legislative Council from the governor’s quota.

The list is pending with Koshyari, the sources said. However, there has been no confirmation regarding the same from Mantodkar as yet. Matondkar, 46, had unsuccessfully contested the 2019 Lok Sabha election from the Mumbai North constituency.

Last year, she resigned from the Congress, which is a key ally of the Shiv Sena-led Maha Vikas Aghadi government in Maharashtra, citing petty in-house politics in the Mumbai Congress as the reason.

Even before the 2019 Maharashtra assembly elections, speculations were rife that she would join the Shiv Sena, Sharad Pawar’s Nationalist Congress Party or even Raj Thackeray’s Maharashtra Navnirman Sena, but she had scoffed it as ”rumours.”

Sources from the Shiv Sena said the party leadership was particularly impressed with how Matondkar slammed actor Kangana Ranaut at a time when the Shiv Sena was also engaged in a war of words with the latter.

The controversy began with Ranaut’s claim that she “feared the Mumbai Police more than the movie mafia”, following which the Shiv Sena said she shouldn’t live in the Maharashtra capital if that were the case.

Ranaut then drew a parallel between Mumbai and Pakistan-occupied Kashmir, which triggered a more vehement response from the Shiv Sena. The Sena-controlled Mumbai civic body eventually served a demolition notice to Ranaut’s office bungalow in Bandra for alleged illegal construction and took action within 24 hours.

Shiv Sena, on its part, plans to induct actor Urmila Matondkar into the party fold as it is reportedly impressed with her handling of the Ranaut issue. Maharashtra’s ruling party hopes that her induction will add a nationally-recognised face and voice, well conversant in Marathi, Hindi as well as English, to represent the party.

“Urmila Matondkar has always stated that she respects Balasaheb Thackeray. She is a typical Mumbaiite, a Marathi girl who loves the city and wants to work for its development. She is well-read in Marathi literature,” Manisha Kayande, a Shiv Sena MLC and party spokesperson, had said.

Stereotypes and discrimination contribute to HIV-related stigma among nursing staff

Study reveals kidney disease or injury is associated with much higher...

Koena Mitra alleges Twitter is shadow banning her for her opinions...