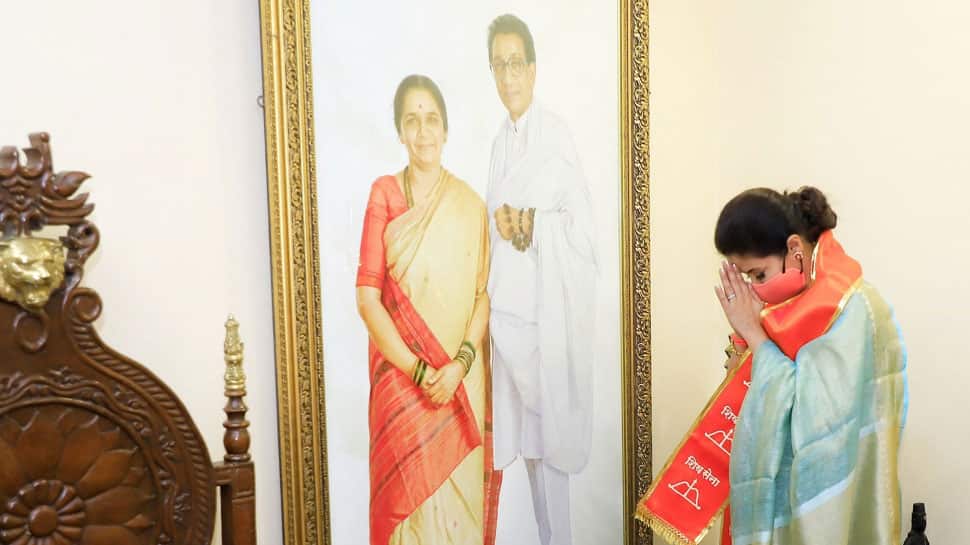 Mumbai: Bollywood actor-turned-politician Urmila Matondkar, who had unsuccessfully contested the 2019 Lok Sabha elections as a Congress candidate, was formally inducted into the Uddhav Thackery-led Shiv Sena on Tuesday.

Matondkar, (46), who had quit the Congress in September 2019 after nearly six months in that party, joined the Shiv Sena in presence of Maharashtra Chief Minister Uddhav Thackeray at his residence Matoshri in suburban Bandra.

Soon after that, the former Bollywood actor bowed with folded hands and paid her respects before a wall-portrait of the founder-patriarch of Shiv Sena, the late Balasaheb Thackeray and his wife Meenatai Thackeray, at the Thackeray residence, `Matoshri` in Bandra east.

The development came after Matondkar remained in a ‘denial mode’ for about 14 months since she quit the Congress in September 2019, and even after she got a `ticket` from the ruling Maha Vikas Aghadi (MVA) to the Maharashtra Legislature`s upper house.

In anticipation of her joining, the MVA last month (November 2020) recommended Matondkar`s name – along with 11 others of MVA – to Raj Bhavan for a coveted nomination to the Maharashtra Legislative Council from the quota of Governor Bhagat Singh Koshyari.

Matondkar quit the Congress in a huff on September 10 last year, alleging party infighting, post-defeat in the 2019 Lok Sabha elections at the hands of Bharatiya Janata Party`s Gopal Shetty in Mumbai North constituency.

Earlier, prior to the October 2019 Maharashtra Assembly polls, there was intense speculation that she would join either the Shiv Sena, Sharad Pawar`s Nationalist Congress Party or even Raj Thackeray`s Maharashtra Navnirman Sena, but she had scoffed it as rumours.

An outspoken person known for her bold stand on various issues, a couple of months ago, she and actress Kangana Ranaut were engaged in a verbal scuffle after the latter made certain remarks targeting Matondkar on social media.

Prices of AC, cooler, refrigerator likely to go up from April...