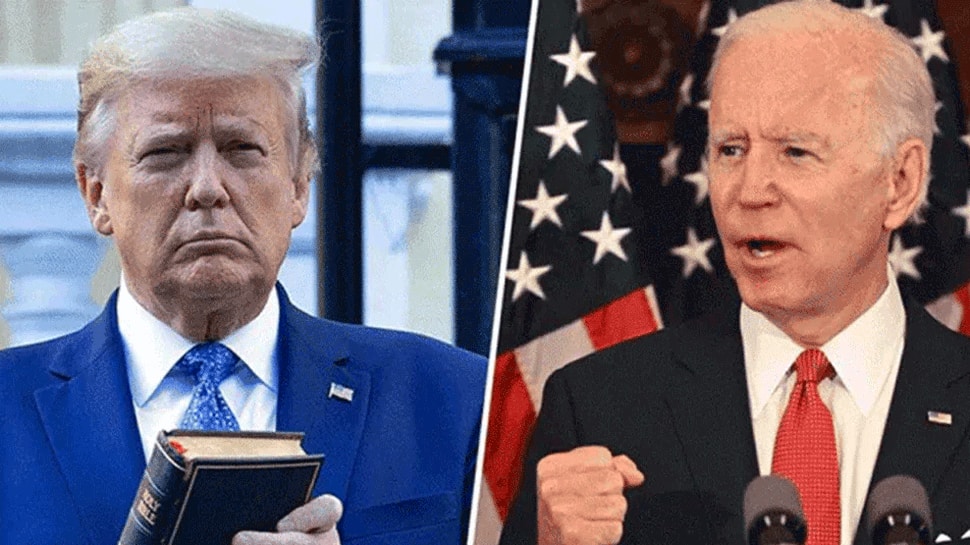 FORT MYERS: US President Donald Trump on Friday redoubled his efforts to win the critical battleground state of Florida, addressing a group of seniors before staging a rally in the central part of the state.

His Democratic rival Joe Biden, meanwhile, traveled to Michigan for a pair of events. Biden`s campaign said that former President Barack Obama would travel to Philadelphia next week to campaign on his former vice president`s behalf.

Trump lags in opinion polls and latest figures from his campaign show he is also behind in fundraising as the campaign intensifies with 18 days to go before Election Day on Nov. 3. That comes as early voting is shattering records, with more than 22 million Americans having already cast ballots.

Trump and the Republican National Committee raised some $247.8 million in September, his campaign manager said on Twitter, well behind the $383 million haul of Biden and the Democratic Party.

Speaking to a crowd of seniors at an indoor event in Fort Myers, Florida, Trump said: “I will protect you, I will defend you, and I will fight for you with every ounce of energy and conviction that I have.”

He also expressed some uncharacteristic empathy for those who had lost family members in the coronavirus pandemic.

“My heart breaks for every grieving family that has lost a precious loved one. I feel their anguish. I mourn their loss. I feel their pain,” Trump said.

Biden has shown surprising strength with senior voters, many of whom have faulted Trump for his response to the health crisis.

Trump again asserted that the country was “rounding the turn” on the outbreak, now in its eighth month, even as nine states, including Michigan, Wisconsin and North Carolina, reported record one-day increases of new infections on Thursday, according to a Reuters tally.

A new Reuters/Ipsos poll showed Trump and Biden in a statistical dead heat in Florida, which is coveted for its 29 electoral votes.

Trump will stage a rally in Ocala, Florida, later on Friday before heading to Macon, Georgia, for an evening event.

Biden will hold a healthcare-themed event in Southfield, Michigan, another swing state, before an evening get-out-the-vote rally in Detroit.

The Democrat tested negative for COVID-19 on Friday, his campaign said.

A record 22 million Americans have already voted, according to the US Elections Project at the University of Florida, including 2.2 million in Florida. About 136.6 million people in total voted in the 2016 election.

Early voting began in Louisiana on Friday, following record turnout this week in Georgia, North Carolina and Texas, competitive states that could decide the election outcome.

The candidates returned to the trail after dueling town hall events replaced a presidential debate that was canceled after Trump`s bout with coronavirus.

A combative Trump, sparring with moderator Savannah Guthrie on NBC, refused to condemn the conspiracy theory QAnon, reiterated his unsubstantiated assertion that the 2020 election was rife with fraud and questioned whether masks help fight the spread of COVID-19.

Biden delivered policy-heavy answers and focused his attacks on Trump`s handling of the pandemic, which has killed more than 217,000 people in the United States and hammered the economy.

Biden won the TV ratings battle between the two events, according to Nielsen ratings data.

Share android apps with your friends in minutes using This Google...

Getting turbo-charged petrol SUV? Check out these 6 smart offerings under...

Not just Aaron Finch, RCB have several players who can help...