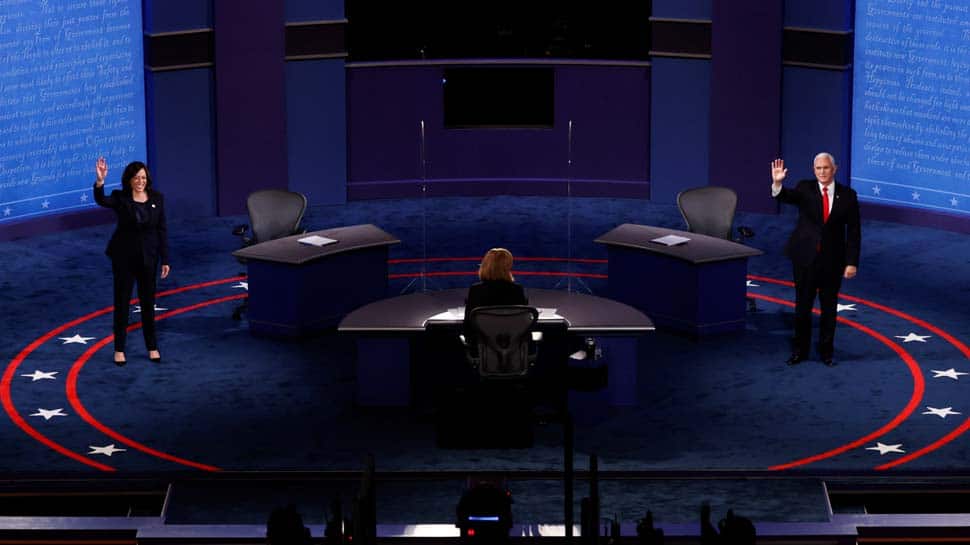 Senator Kamala Harris, running mate to US Democratic presidential candidate Joe Biden, on Thursday (October 8) slammed US President Donald Trump and branded the country’s response to the Covid-19 pandemic under Trump as the “greatest failure” of any US administration. Harris launched the scathing attack as the debate between her and Vice President Mike Pence opened at 6:30 AM IST.

“The American people have witnessed what is the greatest failure of any presidential administration in the history of our country,” Harris, the first Indian-origin American on the US election ballot, said.

“President and vice president were informed of the pandemic on January 28, and they did not act. They tried to cover it up, President called it a hoax,” she added.

Pence defence President Trump and said that his decision to cancel travel from China was the single most important decision that helped save many lives. He added that from the very first day, President Trump has put the health of the American people first.

Pence then referenced a controversy that led to the failure of Biden’s first presidential campaign in 1988 and said that Democrats’ Covid plan sounds “a little bit like plagiarism, which is something Joe Biden knows a little bit about.”

During the debate, Harris and Pence would field questions surrounding immigration, including the new changes to the H-1B visa programme for foreign workers, foreign policy, among other things.

The debate between Harris and Pence comes after last week’s fiery presidential debate in which Biden told Donald Trump to “shut up” and called him a “clown”.

Researchers call for clarity on the definition of medicine misuse

IBPS SO recruitment notification 2021 released, application process to begin from...