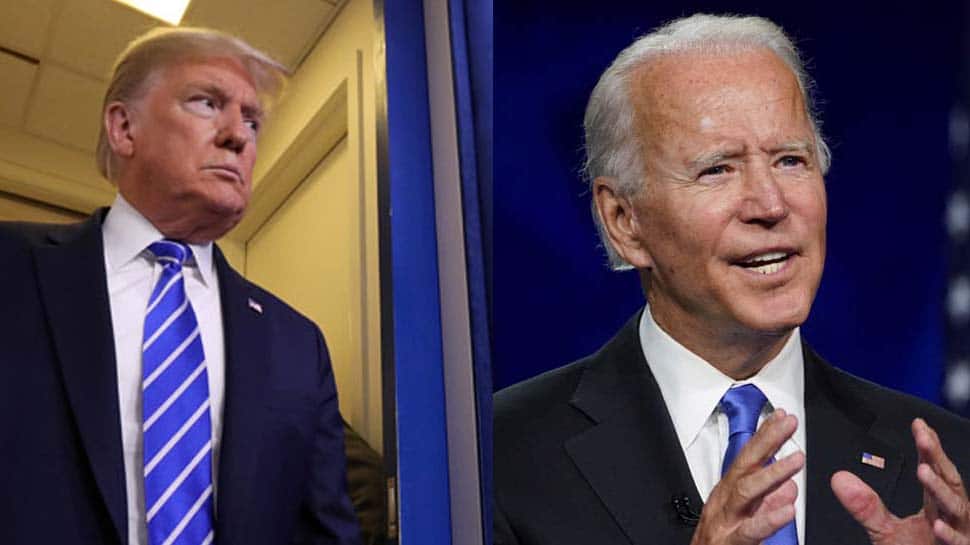 WASHINGTON: US President Donald Trump added more turbulence on Thursday to the US presidential race by refusing to participate in an October 15 debate with Democratic rival Joe Biden after it was changed to a virtual event to guard against the spread of COVID-19, prompting both campaigns to propose postponing it a week.

Trump, who was hospitalized for three days after disclosing last Friday that he had tested positive for the coronavirus, blasted the format change announced by the nonpartisan commission in charge of the debates and expressed concern that his microphone could be cut off. Trump, still receiving COVID-19 treatment, also said he wanted to resume campaign rallies.

“I`m not going to waste my time on a virtual debate. That`s not what debating is all about,” Trump said in a nearly hour-long phone interview with Fox Business. “You sit behind a computer and do a debate – it`s ridiculous, and then they cut you off whenever they want.”

Following the Republican president`s comments, the Biden and Trump campaign both proposed pushing back the debate – which had been planned as the second of three – until Sept. 22, the date of what was scheduled as their final encounter before the November 3 election. Trump`s campaign also proposed holding another debate on October 29, which Biden`s campaign rejected.

“Trump`s erratic behaviour does not allow him to rewrite the calendar, and pick new dates of his choosing,” said Kate Bedingfield, Biden`s deputy campaign manager.

Even before his illness was announced, Trump`s performance in the chaotic first debate with Biden last week prompted calls for a change in format. Trump constantly interrupted and talked over both Biden and the moderator.

With Election Day fast approaching, early voting has exceeded records. More than 6 million ballots already have been cast as Americans change their behaviour to avoid possible infection at polling places amid a pandemic that already has killed more than 210,000 Americans.

The Commission on Presidential Debates announced on Thursday morning it planned to host the October 15 debate – planned as a town hall-style conversation – virtually rather than in-person in Miami, a move both campaigns said they were not consulted on. Some had proposed giving the moderator in future debates the power to cut off any candidate who disrupted the proceedings.

The debate commission said nothing about muting the participants in its announcement while describing the new format as needed “to protect the health and safety of all involved.” Some Trump advisers questioned his decision not to participate in the new format, arguing that he would miss an opportunity to make his case to millions of voters tuned in, a source familiar with the situation said.

After Trump said he would not take part, the Biden campaign issued a statement saying the commission should move the town-hall format debate to October 22 to give voters a chance to question the candidates. Trump`s campaign then issued a statement agreeing to push the encounter to October 22 but proposed holding what would be the third debate a week later. A Biden aide said the October 22 debate should be the final one, and that the commission decides the debate schedule.

Saying he was feeling “really good,” Trump called himself ready to resume campaign rallies. Such rallies, particularly held indoors, have raised concern among public health experts about spreading the virus. Trump said he is still taking steroids to treat the respiratory disease. Trump said he did not believe he was still contagious, though that contention was not yet backed up by solid evidence from his doctors.

“I`d love to do a rally tonight. I wanted to do one last night,” Trump said, adding that “if I`m at a rally, I stand by myself very far away from everybody.” U.S. Centers for Disease Control and Prevention guidelines say people who are severely ill with COVID-19 might need to stay home for up to 20 days after symptoms first appear. The White House has not provided detailed information on the severity of Trump`s illness and has refused to say when he last tested negative for the virus.

House of Representatives Speaker Nancy Pelosi, a Democrat, challenged Trump to reveal when he last tested negative, asking at a press briefing: “Why is the White House not telling the country that important fact?”

China has no locus standi to comment on India’s internal matters:...

Gold, oil, petrol and diesel –Here’s what went up and what...

‘We are not racist’: Prince William dismisses Meghan and Harry’s interview...

Don’t get carried away with COVID-19 vaccine ‘over optimism’: UK PM...