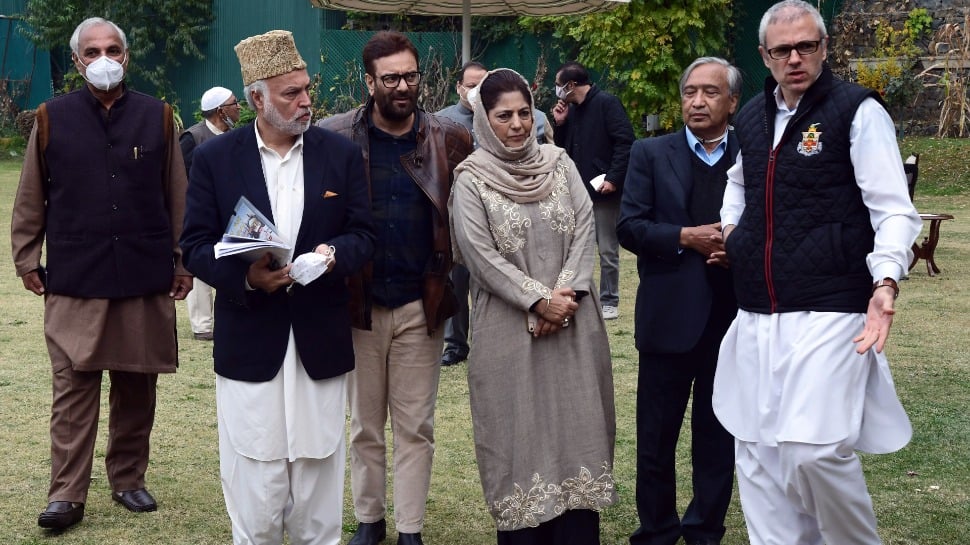 Srinagar: Congress on Tuesday (November 17, 2020) said that they are not part of the People’s Alliance of Gupkar Declaration (PAGD) and that they have done an electoral alliance only for the District Development Council (DDC) polls.

The J&K Pradesh Congress Committee Vice President Gulam Nabi said, “They have tried to mislead the people, we have not attended any PGDA meeting. It’s only the election process as we have decided to fight together to defeat the communal forces. There’s nothing about PGDA and its only electoral adjustment, nothing beyond that as of today. We have only announced the seat-sharing arrangement with them.”

“Our high command in Delhi where we have the Kashmir cell headed by Manmohan Singh will decide the future course of action,” Monga added.

He also commented on Union Home Minister Amit Shah’s comments on the ‘Gupkar Gang’ and said, “What’s the proof of allegation, they are doing this only for votes, they should come out with proof. If somebody has done any anti-national thing, they should take action. India is made by Congress and now they will call us anti-national.”

“All the mainstream parties have come together for the DDC polls, they should welcome it instead of labelling those baseless allegations,” he added.

Monga further said, “We are part of their electoral alliance only till now. I’m not defending the anti-national activities they have done. BJP was also the part of the National Conference and the Peoples Democratic Party.”

Congress also issued a statement and said that it strongly condemns the baseless allegations of Amit Shah and urged him to refrain from doing such dirty politics.

The party further said, “The BJP leaders were in habit of indulging in rumour mongering aiming to gain political mileage. Eyeing on the DDC elections in J&K, the Union Home Minister seems desperate enough about the poll outcome, which is certainly going to be unfavourable for BJP.”

Ecstatic, extremely surprised by reception at my hometown: T Natarajan |...

Spike in new nut anaphylaxis in children at Halloween and Easter

In six months, all leased, hired cars for commute of Delhi...

US Open 2020: Naomi Osaka enters semifinals after straight-sets victory over...