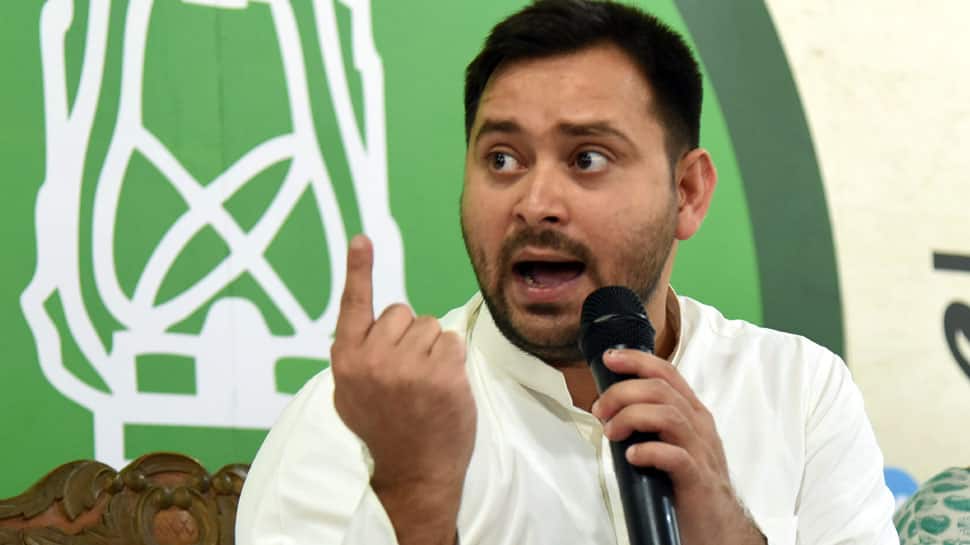 Rashtriya Janata Dal (RJD) leader Tejashwi Yadav on Thursday hit out at the National Democratic Alliance (NDA) claiming that it won the assembly election through money, muscle and deceit (dhan, chhal and bal), adding that his party got the support of the people. Tejashwi was elected the leader of the Grand Alliance legislature party.

Addressing a press conference, he mocked Chief Minister Nitish Kumar, whose JD(U) has been relegated to the third position in terms of seat tally, and wondered whether the latter would “heed his conscience and give up his attachment to the chair”.

He was obviously referring to Kumar resigning and snapping ties with the Grand Alliance before returning to the NDA fold in 2017 after Tejashwi’s name had cropped up in a money laundering case. Kumar had then said he was stepping down after heeding his conscience (atma ki awaaz).

Asked whether the Mahagathbandhan would try to muster numbers to form its own government, he said, “We will go to the people who gave the mandate. If they express such a wish we will act accordingly.”

Quoting election data, he claimed the NDA got only 12,270 votes more than the Mahagathbandhan. “How can it convert into their victory in 15 more seats than us? We believe that had the counting of votes been fair, we would have returned with a tally of more than 130 seats,” said Yadav, whose coalition has won 110 seats, 12 less than the magic figure of 122. The NDA clinched 125 seats.

He said his alliance will write to the Election Commission and point out the “discrepancies”. “In so many constituencies, postal ballots were counted in the end and not at the beginning of counting which is the norm. Moreover, there were seats where as many as 900 postal ballots were invalidated,” the RJD leader alleged.

“We suspect this was done to offset the support we had received from a large number of servicemen who were moved by our commitment to one rank, one pension scheme. We demand recounting of postal ballots in all such constituencies and the process be videographed,” Yadav asserted.

The 31-year-old former deputy chief minister alleged that errant polling officials had acted like a “prakoshth” (cell) of the BJP, and replied in the affirmative when asked if legal remedy could be explored if the EC did not satisfactorily address the concerns.

HS Prannoy fights through pain to upset world no. 7 Jonatan...

Amid spurt in COVID-19 cases in Delhi, Centre announces these measures...