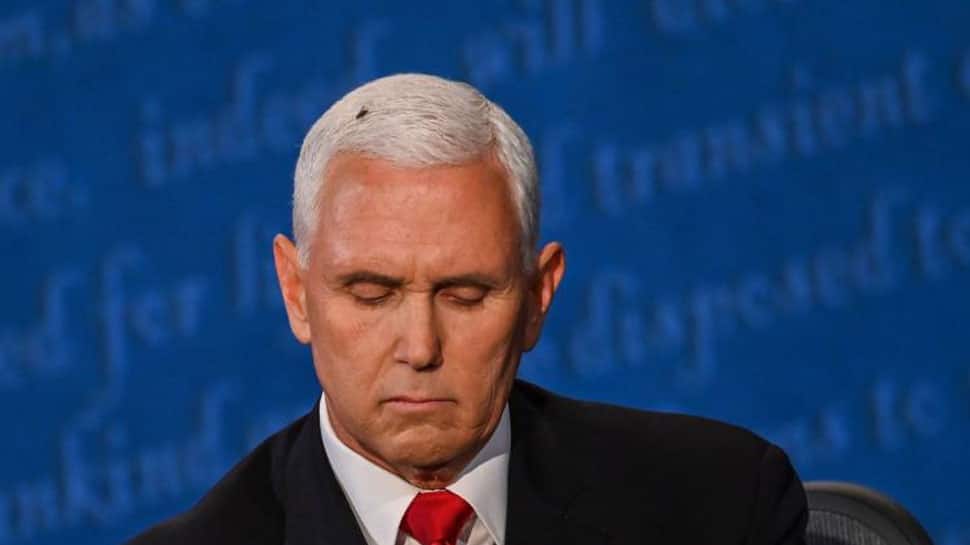 However, Mike Pence received an unwelcome visitor during his showdown with Democrat Kamala Harris when a large fly landed on the vice president’s head and stayed there for two-three minutes, triggering an avalanche of online commentary.

Pence was discussing the somber issue of racial injustice and police reform when the winged interloper outmaneuvered the plexiglass barriers installed to prevent the spread of coronavirus and landed on the man who is just a heartbeat away from the US presidency.

And there it stayed for sometimes.

TV images showed Harris looking at Pence while the fly basked in the spotlight, but it was not immediately clear if she actually saw it. The buzz about the fly briefly dominated corners of Twitter, where debate watchers discussed their distraction and inability to focus on Pence and California Sen Kamala Harris’ answers.

Former Vice President Joe Biden’s campaign didn’t miss the chance to have fun with the moment, tweeting, “Pitch in $5 to help this campaign fly.”

As the date progressed, Senator Kamala Harris, running mate to US Democratic presidential candidate Joe Biden, slammed US President Donald Trump and branded the country’s response to the Covid-19 pandemic under Trump as the “greatest failure” of any US administration.

Harris launched the scathing attack as the debate between her and Vice President Mike Pence opened at 6:30 AM IST.

“The American people have witnessed what is the greatest failure of any presidential administration in the history of our country,” Harris, the first Indian-origin American on the US election ballot, said.

“President and vice president were informed of the pandemic on January 28, and they did not act. They tried to cover it up, President called it a hoax,” she added.

Pence defended President Donald Trump and said that his decision to cancel travel from China was the single most important decision that helped save many lives. He added that from the very first day, President Trump has put the health of the American people first.

‘Hunar Haat’ to return in Prayagraj next month after COVID break...