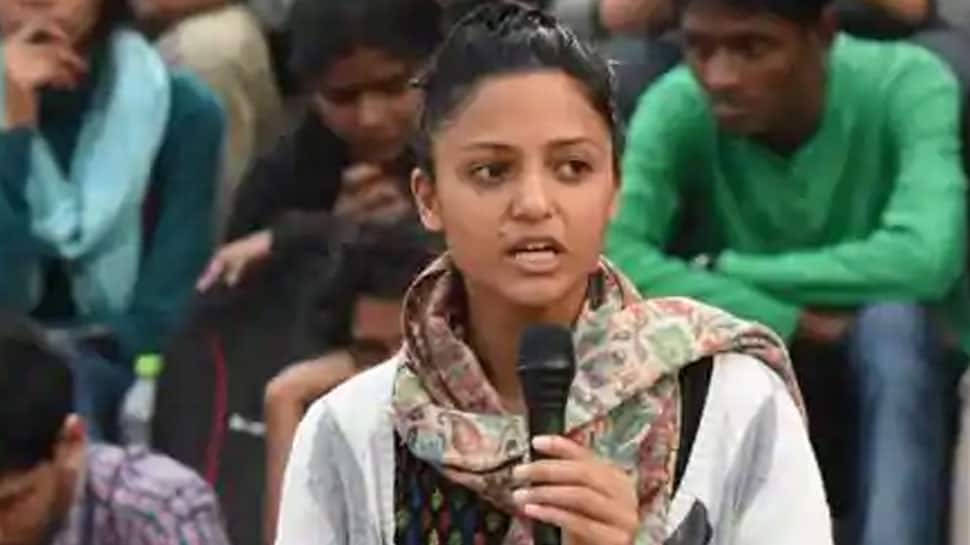 NEW DELHI: Shehla Rashid Shora is a former student union leader of Jawaharlal Nehru University in Delhi and has been accused of indulging in anti-Indian activities by her father. Her father Abdul Rashid Shora has alleged that he is facing a threat of life from his daughter.

In a letter to the Jammu and Kashmir DGP, Abdul Rashid Shora said, “I am under a constant threat of life from my daughter Shehla Rashid Shora who is supported by the elder daughter namely Asma Rashid and my wife namely Zubaida Shora as well as her security guard namely Sakib Ahmad. This threat perception started in 2017 when Shehla jumped all of a sudden into Kashmir politics.”

“Just two months before the arrest of Zahoor Vatali in terror funding case under UAPA, I was called by Vatali and former MLA Rasheed Engineer at Vatali`s residence in Srinagar in June 2017. They offered me Rs 3 crores for Shehla to join these notorious people,” he claimed.

Abdul Rashid further claimed that he asked his daughter not to take this money because it is coming from illegal channels and shall be used for unlawful activities.

“I found that they had become part of this deal later,” he added.

Abdul Rashid Shora said that his daughter later told him that the money has been received by her and threatened him not to disclose anything about this transaction to anybody as it can put his life in danger.

He alleged that anti-national activities were going on at his house and his daughter tried to throw him out of his house. He further requested the J&K DGP to provide him with adequate security. Shehla has called her father`s allegation a ‘stunt’ and called him a “wife-beater and an abusive, depraved man”.

“Many of you must have come across a video of my biological father making wild allegations against me and my mother and sister. To keep it short and straight, he is a wife-beater and an abusive, depraved man. We finally decided to act against him, and this stunt is a reaction to that,” she said in a tweet.

Reacting to it, Abdul Rashid claimed that he had no problem till Shehla was with the CPI-M because it is as good as BJP and is in the national mainstream. He claimed that when he spoke about these things he was implicated in the domestic violence case.

“When I spoke against my daughter, I was shown the way out of home in a domestic violence case. I was surprised when she entered into Kashmir politics,” he said. “I have asked the DGP for protection and have also asked to investigate that from where their funds come from,” he added. “Shehla has no job and her sister has no job, however, their accounts must be looked into,” he added.

“Whatever is the source of their fund should be investigated and it is to be found out why they have opened a front against me. The party she has joined, the people related to it are booked in terror funding. It is up to the agencies to find out about her involvement,” he added.

Shora rose in prominence whilst leading the student agitation calling for the release of Kanhaiya Kumar, Umar Khalid and others who were arrested on charges of sedition in February 2016 for participating and organizing in sloganeering. Shora has been very vocal about the human rights situation in Kashmir, particularly highlighting the plight of minors held in custody awaiting trial, and has been active since 2010 after organising a youth leadership programme in Kashmir.

On 16 February 2019 Shora posted a tweet stating that a group of Kashmiri girls was trapped in a hostel in Dehra Dun by a mob demanding their expulsion. The Uttarakhand police subsequently filed a First information report against her for disrupting public tranquillity and intent to provoke breach of peace by spreading rumoir.

She had briefly joined the Jammu and Kashmir People’s Movement political party, founded by Shah Faesal on 17 March 2019.

WWE Royal Rumble 2021 Live Streaming: When and where to watch,...