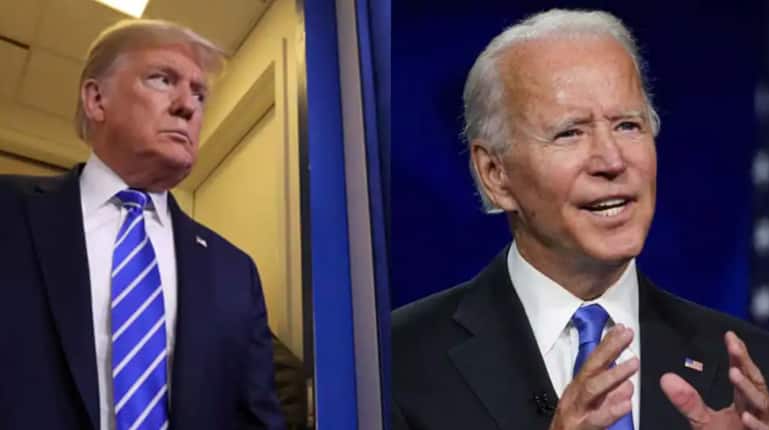 New Delhi: Ahead of Presidential elections in the United States, people in India are curious to know about who will be the next President of America. Amid various polls being conducted to predict the next US President, astrologers across the world have also come out with their opinion after studying the stars and their positions of the main contenders.

An Indian astrologer has claimed that Donald Trump will win the 2020 US Presidential Election. Noted astrologer and former spokesperson of RJD, Dr Shankar Charan Tripathi, has put forth his expert opinion to predict that Trump has favourable planetary positions in his horoscope.

According to BJP spokesperson Avadhut Wagh, who also shared Trump’s horoscope through his Twitter account, and wrote that planetary positions in his horoscope indicate that Trump will once again win the presidential poll. In a tweet, Avadhut Wagh said, “Hon. President Mr. @realDonaldTrump Your #Horoscope indicates that you will come back again as US president as per Dr. Shankar Charan Tripathi who is a very famous Fortune teller.”

Hon. President Mr. @realDonaldTrump Your #Horoscope indicates that you will come back again as US president as per Dr. Shankar Charan Tripathi who is a very famous Fortune teller.#All_The_Best #India pic.twitter.com/UievWIuW7P

It may be noted that Gulf News also talked to three Hindu astrologers, and two of them have stated that Donald Trump will take office as the 46th US President.

Gulf News quoted Acharya Umesh Tiwari, an astrologer based in India and Dubai, as saying “Sitting in the second house Jupiter is aspecting the 10th house of his chart where Sun is placed. Sun is a planet of authority and power. And with the blessings of Jupiter, it is pretty much exalted. A person with such yoga will be in authority and power. He will be a ruler.”

Famous French astrologer Nostradamus is also being studied to find a parallel with this election. Nostradamus is believed to have written about future events in his book ‘Les Propheties’.

A few lines from his book are also mentioned here:

-The false trumpet concealing madness
-Will cause Byzantium to change its laws
-From Egypt, there will go forth a man who wants
-The edict withdrawn, changing money and standards

Notably, these reference talk about a ‘trumpet’ causing ‘Byzantium to change its laws’ is being assumed a message for Donald Trump’s return to the White House.

Meanwhile, opinion polls are predicting that Democrat candidate Joe Biden is ahead of Donald Trump, but Donald Trump is stated to be capable of swinging the mood of people in his favour.

Grow up: Joe Biden lashes out at Republican lawmakers for refusing...

Sale of housing properties at 9-year high in Mumbai during November;...

French magazine Charlie Hebdo uncowed after attacks – but now with...