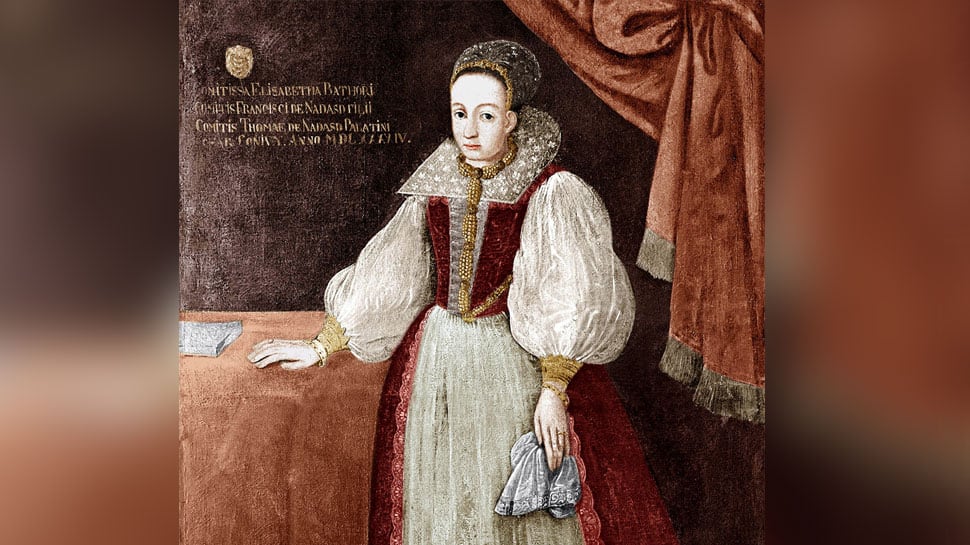 New Delhi: On 14 February 1556, during a war against Sikandar Shah Suri for the throne of Delhi, Akbar succeeded his father. The governance was going well. Just four years later, in 1560, a girl was born in a Hungarian house, 6000 km from India and here’s a brief account of her spine-chilling activities. Elizabeth Bathory, it is believed that at the age of 15, had her first encounter with crime.

She hated beautiful girls and would harm them. She would bathe in the blood of her victims and would do so in the belief that she would remain young. In the guise of maintaining her own beauty, she killed more than 600 pretty girls. Due to this, Elizabeth earned her place in history as the most prolific female murderer.

Her family also contributed to what she became

It is said that Elizabeth’s parents and other relatives were equally cruel. Born and brought up in this home environment, Elizabeth became temperamental from an early age. She used to take a fierce stance on small issues at home. She witnessed her parents being cruel and beating poor people. It is also said that Elizabeth learned satanic rituals from her uncle, while she learned how to torture from her aunt.

Her husband turned out to be just like her

Elizabeth Bathory Hungary was married at the age of 15 to a man named Ferenc II Nádasdy who was 19. He was the Hungarian hero in the war against the Turks. Elizabeth used to shed the blood of beautiful innocent girls in front of her husband. Killing virgin girls had become her hobby. About 10 years after their marriage, Elizabeth had three daughters and a son. Elizabeth’s husband died in 1604 at the age of 48. After the death of her husband, Elizabeth moved to Castel, in Northwest Hungary. Which is now known as Slovakia. She had kept many servants with her who would help her murder and torture the girls.

The probable origin of Elizabeth’s murders

Once a girl assisting Elizabeth in getting ready, my mistake pulled her hair. And guess what? Elizabeth became furious and slapped the girl so hard that the girl’s face started to bleed. She further assaulted the girl by pinching her cheek where the injury was and got blood on her hands by doing so. That night Elizabeth felt that where the girl’s blood was on her hand, her skin became even more youthful and beautiful. She had even heard from someone that bathing with the blood of virgin girls could maintain her youthful beauty. This incident gave wings to her aspirations.

The girls who came to the palace never went back alive

Elizabeth had a vicious and cunning mind, she would always call poor girls from the surrounding village as her prey. She was influential, so nobody could refuse her. After coming to the palace, it was impossible for anyone to leave. The girls were trapped and would fall prey to her murderous tendencies. Gradually girls from the surrounding areas started disappearing.

Not hanged even after 600 murders

During the investigation, her servants revealed the spine-chilling stories. Elizabeth and her servants were charged with 80 murders. While evidence shows that a total of 600 women were murdered. Elizabeth’s servants were beheaded. While the main accused Elizabeth was sentenced to be kept locked in a room for life. This is because she belonged to the royal family, and there was no provision for hanging any member of the royal family. Elizabeth was not hanged but was locked in a room. She breathed her last breath on 21 August 1614 in the same room nearly three and a half years later.