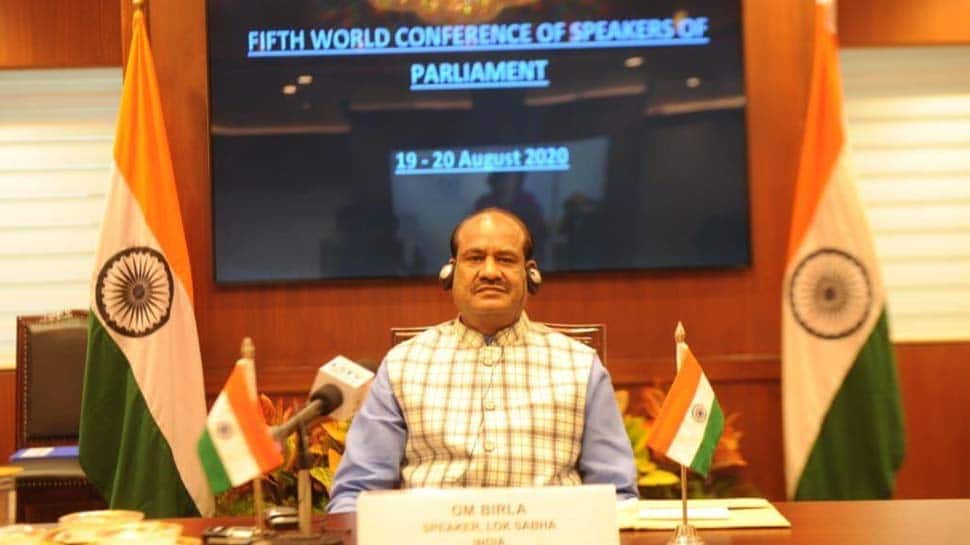 The MPs and their staff will be requested to get themselves tested for coronavirus COVID-19 at least 72 hours before the start of the Monsoon Session of Parliament, Lok Sabha Speaker Om Birla said on Friday. The Monsoon Session will start from September 14 and conclude on October 1.

Besides MPs, all those who are expected to enter the Parliament premises, including officials from ministries, representatives from the media and staff of Lok Sabha and Rajya Sabha secretariats, will get tested for the coronavirus before the start of the session, Birla said.

Regular testing for the virus will be done in Parliament. There will be a coronavirus test of the security staff of Parliament and all the staff posted on duty.

The PA will not be allowed in the main building of the Lok Sabha. All the media passes of the Central House will be cancelled. The media persons will also be limited.

Lok Sabha will be held in the morning on the first day. The government will decide whether it will be a question hour. On whether or not there will be zero hours, the speakers will decide after discussing with all the parties.

The Lok Sabha speaker has said that whoever comes inside the Parliament will come only after taking the coronavirus test, whether it is a member of Parliament, a minister or his staff.

The Lok Sabha speaker on Friday held a long meeting with officials from the health ministry, ICMR, AIIMS, DRDO and Delhi government to finalise the arrangements for the session in view of the COVID-19 pandemic.

Birla had on August 27 chaired a meeting with the CPWD and NDMC officials as well as general secretaries of both the houses to review the preparations for the upcoming monsoon session of Parliament. The Speaker directed all the agencies concerned to work diligently for sanitisation and other arrangements.

Stating that the previous session ended early due to coronavirus pandemic, Om Birla said that there cannot be a gap of more than 6 months between the two sessions, therefore, the session is being convened amid COVID-19 pandemic, taking all the precautions.

For the first time in the history of Parliament, MPs will be seated in separate halls to maintain social distancing. Not only this but the meetings of the Lok Sabha, as well as Rajya Sabha, will also be held at different times–a House will meet in the morning and the other in the evening, according to sources.

He said that a separate protocol will be set for MPs coming and going in the Parliament premises, adding that separate guidelines are being framed for the of Parliament staff that they have to follow.

During the 18-day session, adequate care will be taken to ensure that every precaution is taken against the epidemic. The proceedings of Parliament will take place every day without any leave, he said, adding that the galleries and chambers of the Houses will be used in addition to the two Houses to maintain social distancing among the MPs.

Based on the number of MPs of different political parties, they will be allotted a seat within the house and in the gallery. The Lok Sabha Speaker has asked the Parliament staff to rehearse all the protocols prior to the House session to avoid any disturbance during the session.

In a series of tweets from the Lok Sabha speaker’s Twitter handle, Birla said, “Necessary protocols are being prepared for Members and their staff. Guidelines are also being formulated for the Parliament officials. All guidelines pertaining to Social Distancing will be adhered to during Session.”

Notably, the monsoon session of Parliament is scheduled to commence from September 14 and conclude on October 1.

No more Work From Home for these employees, govt announces new...

What are schools doing to feed students during COVID-19-related closures?

PV Sindhu sends Twitterati into a tizzy with ‘I Retire’ post;...

Mohammed Siraj: Tennis ball star to match-winner down under | Cricket...

Tamil Nadu to reopen schools for classes 9 to 12, cinema...