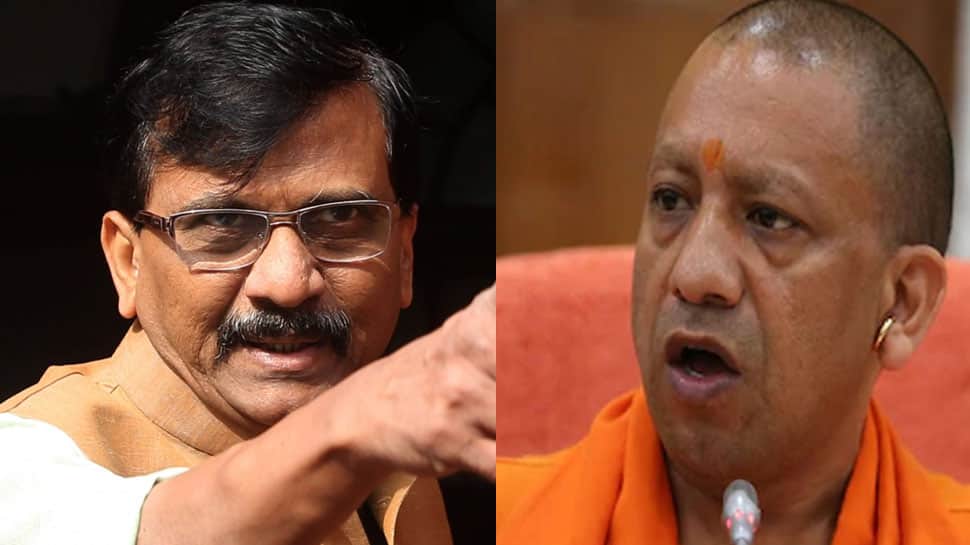 MUMBAI: Maharashtra’s ruling party Shiv Sena on Tuesday attacked the NDA government at the Centre over its alleged double standards and treatment to people belonging to the different sections of the society.

Uddhav Thackeray’s party attacked the Centre for providing ‘Y-plus’ security to an actress from Mumbai, while apparently referring to Kangana Ranaut, but providing no help to the family of Hathras gang-rape victim.

In an editorial in its mouthpiece ‘Saamana’, the party asked the Centre if ignoring a poor family from Hathras was in line with Dr B R Ambedkar’s Constitution?

The family of the Hathras woman who died after being allegedly gang-raped has been “receiving threats to life and is living under terror”, the Saamana editorial said and asked what is wrong if a Y-plus security cover is being demanded for the kin.

It may be recalled that Bollywood actress Kangana Ranaut was given ‘Y-plus’ category security following controversy over her comments that she feared Mumbai Police.

“The Centre gave Y-plus security cover to an actress from Mumbai, but the family of the Hathras gang-rape victim does not get any. This is not the principle of equal justice. This justice is not in line with Dr Ambedkars Constitution,” the party said in the Saamana editorial. The Hathras episode has “exposed masks of many pretentious people”, it said.

“It also raised questions over the Uttar Pradesh governments decision to recommend a CBI probe into the Hathras case at a time when the victim’s family has sought a judicial enquiry into the matter,” the party said.

“Wondering what the CBI will do in the Hathras case,” the editorial alleged that the UP government “destroyed evidence” by cremating the victim.

“Did the Hathras Police do this without asking the higher ups? All this happened in consensus, it alleged.

It also said those who tried to “defame” Maharashtra in connection with actor Sushant Singh Rajput’s death case have fallen into a pit themselves due to the Hathras episode.

“The situation would not have exacerbated this much had the government not engaged in hiding things. What is the use of speaking now!” it said.

Earlier on Tuesday, the Uttar Pradesh government told the Supreme Court (SC) that Hathras victim was cremated in the middle of the night “to avoid large-scale violence”.

The UP government added in its affidavit to the SC that “extraordinary circumstances forced district administration to take the extraordinary step of cremating the victim at night in presence of and with the consent of family members.”

“The district administration at Hathras had been receiving several intelligence inputs since the morning of September 29 on the manner in which the dharna had taken place at Safdarjung hospital and the whole issue was being exploited and a caste/communal colour was being given,” said UP government.

Uttar Pradesh government said it had received specific inputs that lakhs of protesters “of both communities/castes” along with leaders and workers of different political parties and the media would assemble the next morning at the village, “which is likely to turn violent and will lead to major law and order problems.”

Secret Service Dogs: The Heroes Who Protect the President of the...

‘I have done everything I can’: This talented Australian all-rounder looking...