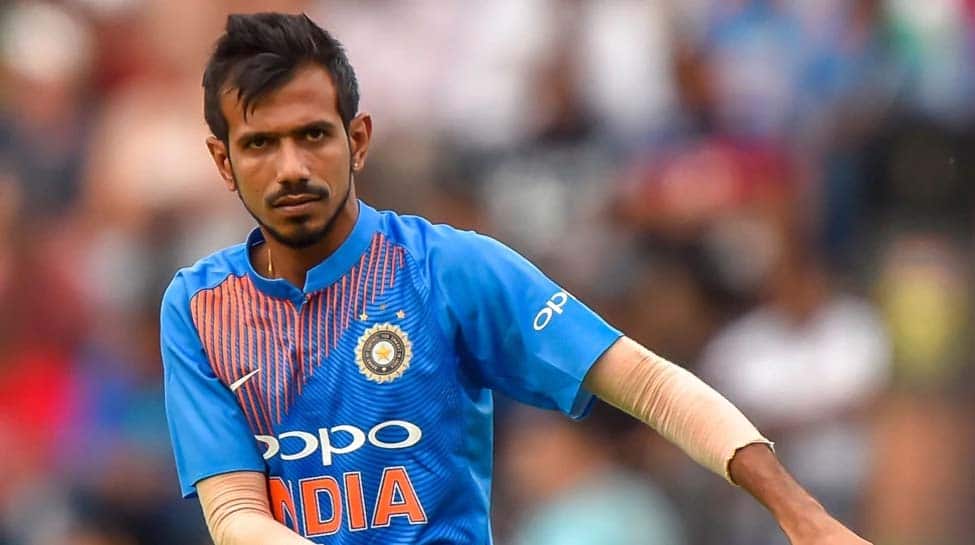 Leg-spinner Yuzvendra Chahal has registered an unwarranted record to his name as he became the Indian spinner to concede most runs in an ODI.

In the first ODI of the three-match series against Australia, Chahal on Friday returned with figures of 1/89 from his 10 overs at the Sydney Cricket Ground. The lone wicket he got was that of Marcus Stoinis who contributed with just two before being caught behind by KL Rahul.

Before Chahal, the record was held by leg-spinner Piyush Chawla who had conceded 85 runs in his 10 overs in an ODI against Pakistan in 2008.

Right-arm medium fast bowler Bhuvneshwar Kumar holds the record for conceding most runs by an Indian bowler in ODIs. In 2015, Kumar had conceded 105 runs against South Africa in Mumbai.

Overall in international cricket, Mick Lewis of Australia has the unwarranted record of conceding most runs in an ODI to his name. Against South Africa in 2006, Lewis can returned with figures of 0/113 from his 10 overs in Johannesburg.He is followed by Pakistan’s Wahab Riaz (110 in 10 overs against England in 2016) and Afghanistan’s Rashid Khan (110 runs in nine overs against England in 2019).

Diljit Dosanjh’s tweet on farmers’ protest gets a reaction from Priyanka...

Telangana man, a Donald Trump devotee, starved & prayed for US...

Petrol, diesel prices burning a hole in the pocket, here’s why...

Michael Pompeo, Mark Esper to arrive in India today for 2+2...

AUS vs IND, 2nd ODI: Do you know what impressive record...

Manchester United thumped 6-1 by Tottenham Hotspur; Jose Mourinho gets his...