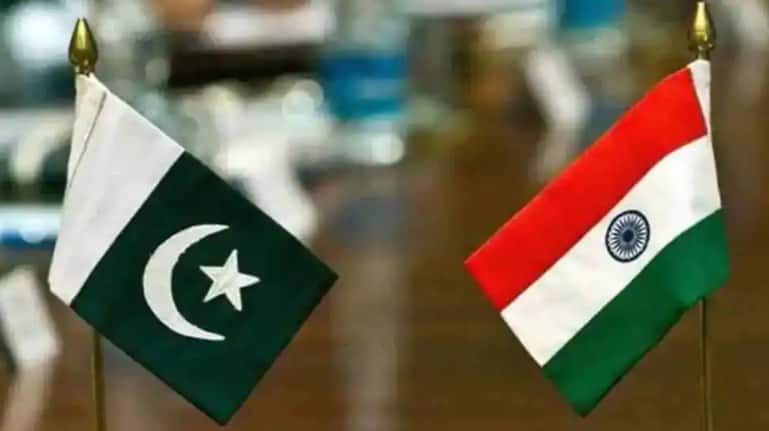 On 22 Oct 1947, a tribal force, numbered about 7,000 travelling in about three hundred lorries, passed through Abbottabad and entered Kashmir territory. Troops of the 4th J&K State Infantry, of mixed composition of two companies each of Dogras and Muslims, had taken up defensive positions overlooking the road leading to Muzaffarabad. Unfortunately, the Muslim companies deserted just at the nick of the time and joined the raiders.

Lord Birdwood says in his book ‘Two Nations and Kashmir’ says that the adventure of these ill-disciplined tribesmen travelling merrily in their lorries would have been broken upon the Kashmir border itself had the desertion not happened.

Loot, Plunder and Rape at Baramulla

By 25th October, the tribesmen after plundering Muzaffarabad and Domel, had advanced up the Jhelum Valley. With only the timid opposition of the weakened Kashmir State troops to bar their way, the tribesmen quickly reached the prosperous town of Baramulla. Drugged with success, all the wild, adventurous savagery of the tribesmen was let loose. They soon forgot the mission they were expected to achieve, and succumbed to looting, pillaging and raping. Among their victims were some European nuns, said to be engaged in meditation and helping the poor.

With the prospect of the rich Jhelum Valley ahead as the prize, the tribesmen were shouting slogans like “Hindu ki Zar, Sardar ka Sar” (wealth of a Hindu and head of a Sikh).

The tribal instincts of the raiders having taken over, they indulged in ransacking the town of Baramulla over two days for booty, much longer than planned. The tribesmen thus lost their chance of capturing Srinagar. They were so busy in collecting the loot that when the leading parties of their force were in contact with Indian troops, the main force of these tribal warriors were still searching for loot in and around Baramulla.

Many lorries loaded with the loot were still being dispatched back home even during this crucial time. There is no doubt that Srinagar was saved from falling to the invaders by a stroke of luck as well as by a simple lack of tactical acumen and operational focus of the tribesmen. Akbar Khan writes in his book ‘Raiders in Kashmir’;

“The tribesmen had reached here (Baramulla) which was only 35 miles from Srinagar on 26th. Until then Kashmir had not acceded to India and Indian troops had not been flown in. The state troops thoroughly demoralised, had retreated in disorder. The tribesmen had only two hours journey left- and before them lay Srinagar, trembling, seemingly at their mercy’. But the tribesmen continued to indulge in looting, plundering and rape though Akbar Khan does not mention this.”

The savagery of the raiders has been described by Lt Gen LP Sen who was the Brigade Commander responsible for operations against the invader said:

“Indian troops entered the city after it was taken back on 08 Nov 1947. They found that tribesmen had stripped Baramulla of its wealth and its women. Out of the normal population of 14000 only one thousand were left. The devastation by the raiders was indeed ghastly, reminiscent of Nadir Shah’s sacking of Delhi. A number of foreign correspondents bore testimony to the arson and pillage, loot and rape which had been indulged by the tribesmen in Baramulla.”

Pakistan probably faltered, in the beginning, itself when it decided to select unmanageable, unruly and fiercely independent tribesmen of the badlands of NWFP for the mission.  Lord Birdwood in his book ‘Two Nations and Kashmir’ writes

‘Pakistan’s choice of selecting majority of the force for waging war in Kashmir from the Mahsuds tribe, who by tradition are the most ungovernable and wildest of a wild community, was probably their biggest folly which costed them the war. Balance of the force was made of few Afridis, Wana Wazirs, Mohmands, Swatis and Bunerwals.
The members of wild Pukhtoon tribes owed no allegiance to anyone and refused to adhere to any military plan. A tragedy struck Kurshid Anwar, a Punjabi, who was de facto their superior military commander, when he was attacked by members of Mehsud tribe. He had tried to prevent the wild, savage and violent tribesmen from indulging in looting and raping and instead urged them to proceed with the mission. He was killed ruthlessly by the tribesmen and died a very painful death.

The planners considered India incapable of responding with force. However, the Indian polity correctly termed the Pakistani sponsored and abetted invasion as an act of war. Nehru’s reaction was:
“The invasion of Kashmir is not an accidental affair resulting from the fanaticism or exuberance of the tribesmen he noted, “but a well-organized business with the backing of the State. We have in effect to deal with a State carrying out an informal war, but nevertheless a war”

As time passed, Kashmir’s integration with India continued to grow stronger. It instilled a nagging fear in the minds of Pakistani leadership that Kashmir is about to be lost forever. In 1964 however, ISI Director Brigadier Riaz Hussain, made an assessment that India is losing control over Kashmir due to political unrest in the valley, low morale of Indian soldiers following the humiliating defeat at the hands of China and death of PM Nehru. According to him, this was an opportunity to sever Kashmir from India.

Such anxious perceptions based on assumptions rather than facts led Pakistan to plan two operations namely Operation Gibraltar, in the Valley and Operation Grand Slam in Jammu region. These were planned to be launched sequentially.

Operation Gibraltar, a clandestine guerrilla operation, was conceived based on the assumption that there would be a spontaneous uprising, moment Pakistan soldiers enter Kashmir. The plan further envisaged that entire strength of Indian soldiers stationed in J&K would be sucked into the valley to quell the unrest. Pakistan Army would thereafter launch a conventional offensive (Op Grand Slam) in Jammu and cut off the reinforcement coming from elsewhere in India.

Throughout the 1980s, the Afghan war occupied most of the ISI’s time and resources.  During its involvement in managing Taliban in Afghanistan, ISI learnt that unless locals are on your side, no war can be won. In case of Kashmir, there was no support from the masses in 1947-48 or 1965. Pakistani learnt from the intelligence manuals of the US during their campaign against Red Army in Afghanistan that there is a need to destroy the cultural homogeneity of Kashmiris to achieve their aim. Pakistan started targeting the youth of Kashmir and managed to waylay a few.

Armed with experience of Afghanistan, Pakistan realised the reason for their failure to achieve its objective using its tribesmen/ citizens/ soldiers in the garb of ‘Gazis’. It changed course and started searching for proxies within Kashmir. It got lucky in 1986, when an indigenous political movement was launched by a party called Jammu and Kashmir Liberation Front (JKLF).

The ideology of this front was secular and nationalist. They were merely seeking redressal to their political grievances. However, the ISI managed to hijack the movement and since then has been trying to turn this political war into a religious war of Kashmiris. The concept of targeting own people based on beliefs was alien to Kashmiris. Enough evidences exist to prove that the JKLF leaders were coerced into violence by the ISI. They were threatened to either undertake such acts or their names would be exposed to the Indian Intelligence agencies.

Very soon, the ISI realised that JKLF is unlikely to go with Pakistani agenda, it withdrew its support and propped up Hizbul Muzhideen whose leaders agreed to work towards merger of Kashmir into Pakistan. Subsequently the movement which began with organisations whose leaders and cadres belonged to Kashmir, was taken over by radical and extremely fundamentalist Sunni organisations like Al-Badr, Jaish-e-Mohamad, Lashkar-e-Taiba and so on.

History repeats itself in Kashmir once again, wherein destiny of simple Kashmiri was decided by highly radicalised Pakistani Punjabi. The promised independence of Kashmiri is not on Pakistani agenda.

Is it not ironical that all decisions taken by Pakistan, since its inception, about Kashmir has resulted in nothing but acute pain, destruction and miseries to Kashmiris?

If the status of minorities like Hindus, Buddhists, Sikhs, Christians, even Shias in present-day Pakistan is a parameter, would Sufi-inspired Muslims of J&K fit into Pakistan’s feudal, tribal, Sunni-dominant and military-dominated polity? India on the other hand is secular and takes pride in assimilating people from all faiths, caste and creed.

About the Author:  (Brig RK Bhatia (Retd) has had an illustrious career in the elite Intelligence Corps of the Indian Army for over three decades. During his entire span of service, he undertook operations pertaining to intelligence acquisition, counter-intelligence, counter-insurgency, and intelligence investigations. He had the privilege of successfully completing five tenures each in the Northern and Eastern Sectors in different ranks.)

‘I also do not watch his channel’, says SC judge during...